Lexus releases the final in its series of films celebrating craftsmanship.

Each film in the In Search of Takumi series focuses on an original artwork created by a highly skilled artist and inspired by the fine craftsmanship and materials applied to every vehicle Lexus makes. The first four films featured creations in leather, glass, metal and wood, influenced respectively by the Lexus LC Coupe, the LS and ES saloons and the RX L SUV.

To complete the series, Clare Pentlow created an intricate paper model. She focused on the texture of the car’s instrument panel, which itself is inspired by washi, the grained paper used for the shoji sliding screens found in traditional Japanese homes.    Her artwork is made entirely from washi and is strongly influenced by the way the paper is manufactured. “It’s made from a particular type of plant fibre that is then washed and hung up to dry,” she explained. “Visually, there was something magical to me about all these layers of paper moving around in the wind.”

The shapes within the piece draw on the ‘L’ in the Lexus logo and the shapes and details of the UX’s spindle grille. “I took that ‘L’ shape and just started playing,” said Pentlow, “experimenting, repeating and folding and seeing where it took me and how far I could take it.” 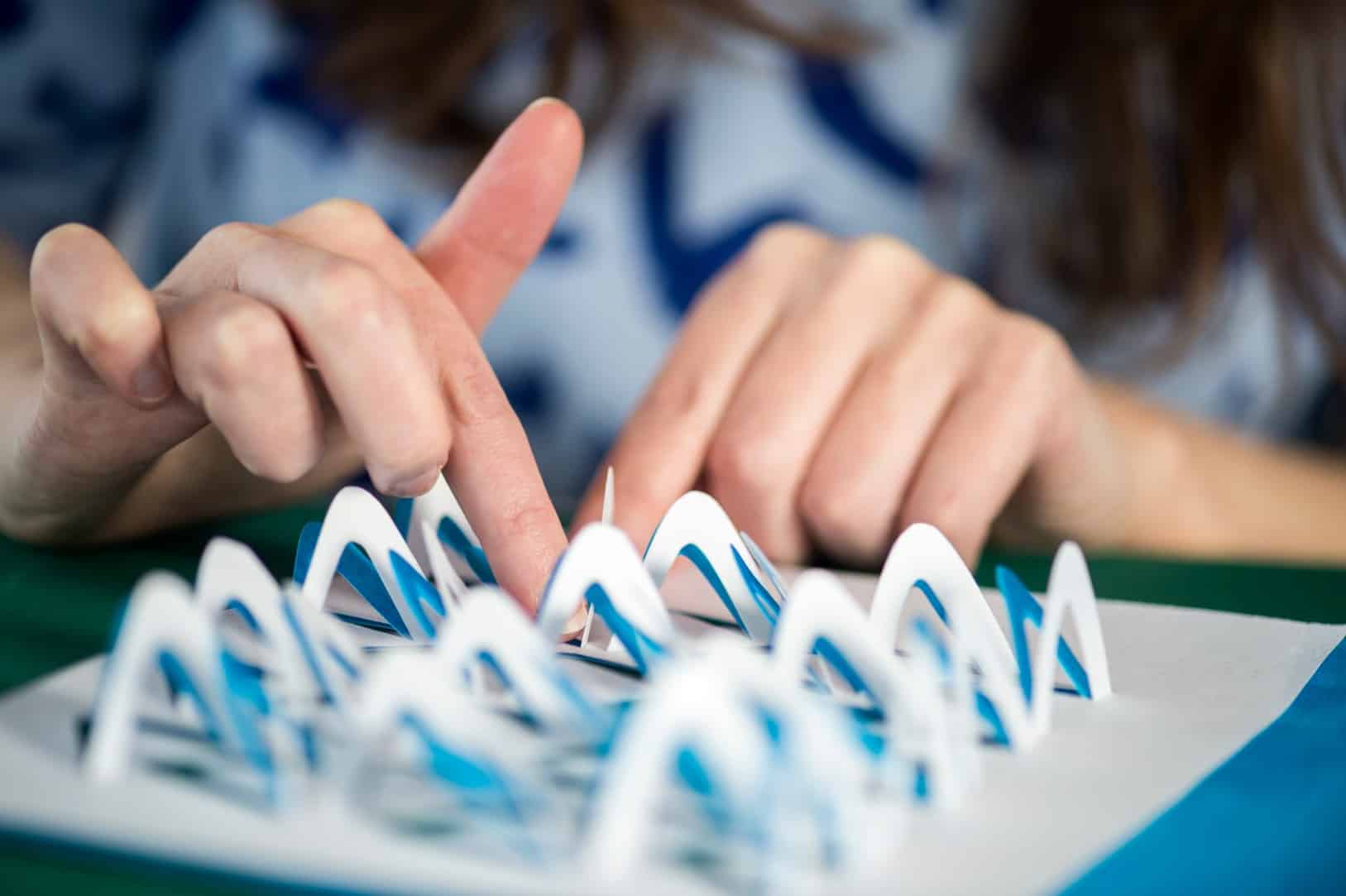 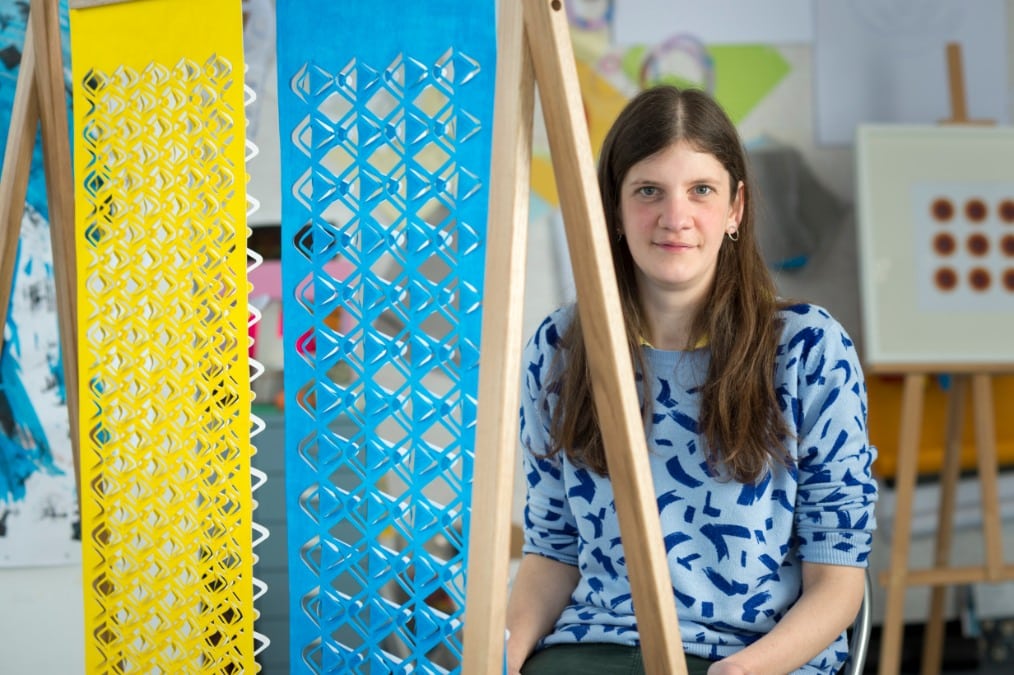 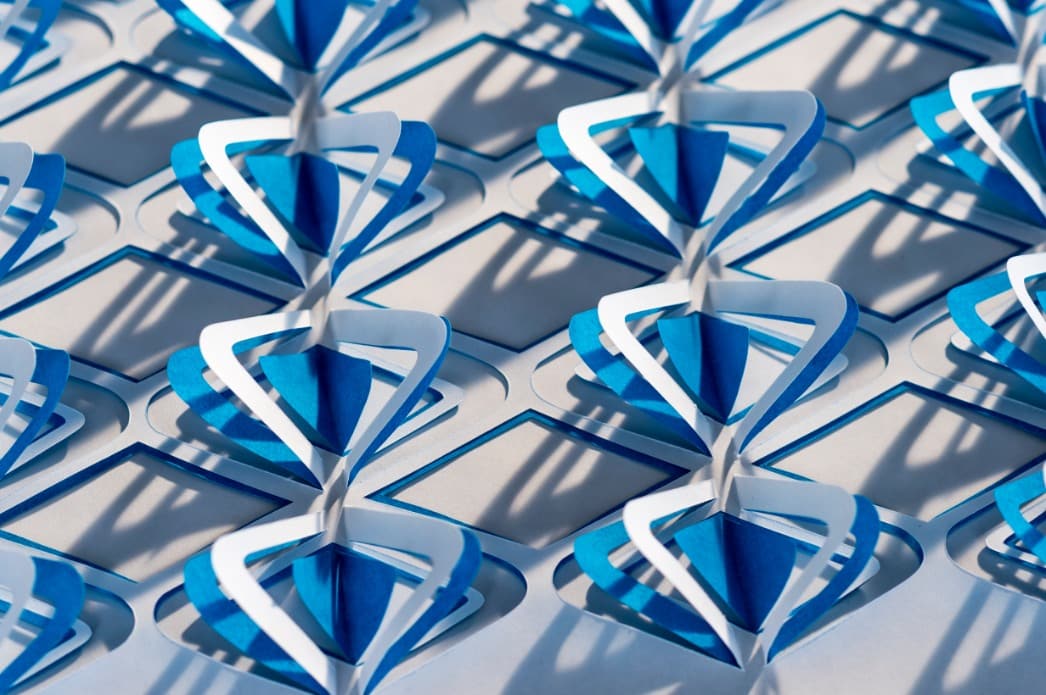 Hanging her piece and working to a large scale was new to Pentlow, who usually makes very small, intricate pieces of paper art. She encountered a few challenges, having never worked with washi paper before: “I’m generally used to working with a thicker type of paper, so it took time to get used to cutting it with a knife. Applying the colour was more difficult too, due to (the paper’s) fibrous nature, but it was good to get out of my comfort zone.”

Pentlow developed and worked on the piece during the pandemic, and her craft played a crucial role for her personally during lockdown: “The world’s been … turned upside down and people have had to communicate electronically. Having something physical to touch and feel and make with your hands is so incredibly important for our own mental health and well-being.”

Pentlow has a studio in Coventry and has been cutting paper to make her amazingly intricate works of art for a decade. She studied textiles at university but began working with paper on an origami project and became hooked: “When I see a sheet of paper, I see something which can be transformed. I just want to cut and fold and see what can be created from this humble material. There’s a huge misconception that working with paper is easy. Yes, anybody can fold a piece of paper, but it takes a lot of practice and patience to learn these techniques.”

Before this commission, Pentlow had never heard of takum’ before – the Japanese term for the craftspeople who dedicate their lives to perfecting their skills. She commented: “I think there’s something incredibly beautiful about the word ‘takumi’ and what it stands for in Japanese culture. The Japanese have such high regard for craftspeople in general and I think that’s something which is really special and unique. It is very different to how we view craftspeople in Western society and culture.”

The new film can also be viewed on YouTube here: In Search of Takumi, Paper

The real power of fashion