A series of artworks that celebrates the contemporary style and cultural heritage of JAPANESE MANGA ILLUSTRATION.

Lexus cars flee a fire-breathing dragon, pause on a tranquil seashore and escape from an exploding city in a series of artworks that celebrates the contemporary style and cultural heritage of Japanese Manga Illustration.

The images, commissioned by Lexus in the UK, capture the strong influence of Japanese traditions and aesthetics on Lexus cars, depicting some of the brand’s most popular models in comic book adventure style. The three UK-based artists for the Lexus commission are Yishan Li, Timothy Kong and Daniel Atanasov and the featured cars are the new UX compact SUV, ES sedan and LC coupe.

Yishan Li is a self-taught artist whose work has been published internationally in more than 30 comic books. Her interpretation of the UX is inspired by the car’s “New Horizons” tagline and shows a woman sitting on her car by the shore at sunset, relaxing after completing a big creative project. Asked what the most challenging aspect of the work was, she says, “The car! There are so many precise curves and design elements, they’re a lot harder to draw than characters.” 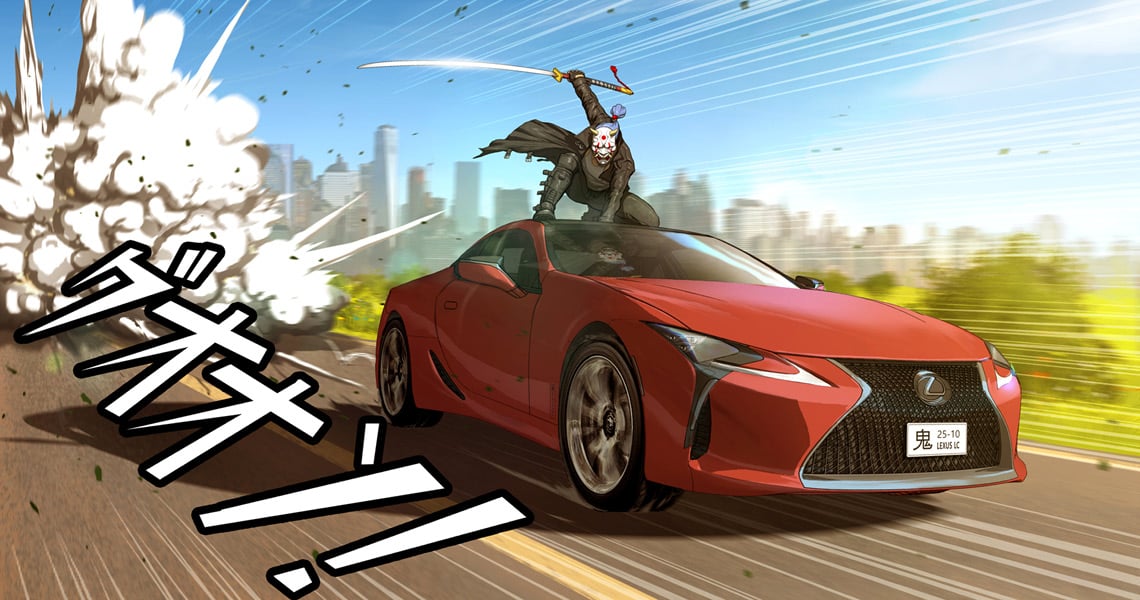 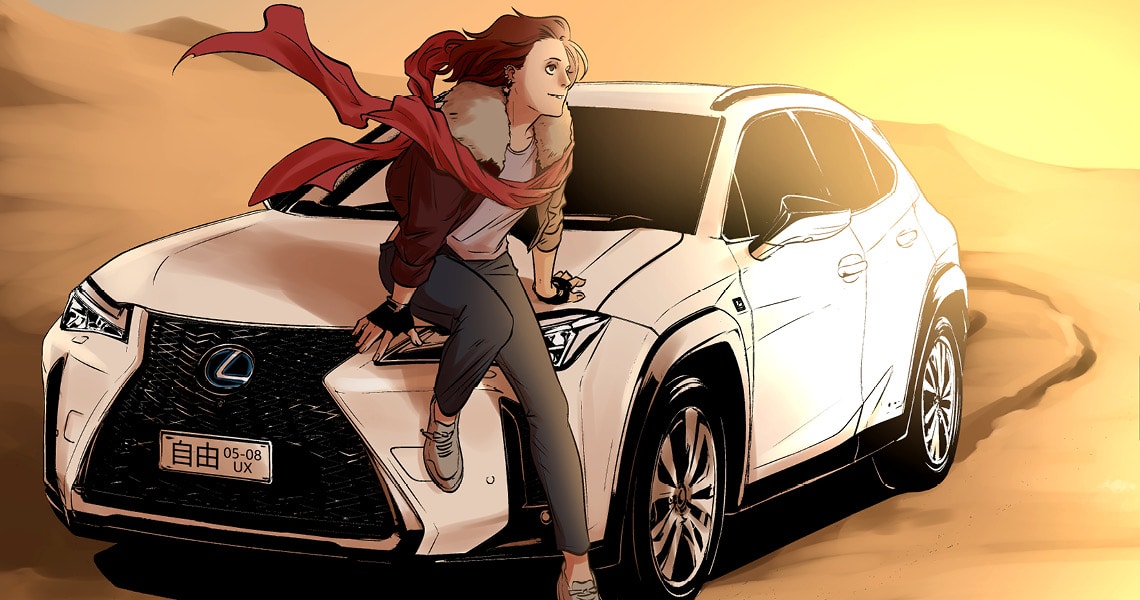 Timothy Kong’s work blends manga with Japanese anime and western influences from Old Masters. He has produced a fantastic scene in which a Lexus ES sedan speeds away from a fire-breathing dragon. As he explains: “I chose a dragon to highlight the brave design of Lexus cars. In Japanese culture, dragons are shown to be incredibly powerful and proud creatures that represent courage and strength, and to challenge one is seen to be a brave endeavour.”

Daniel Atanasov became fascinated by anime films as a child. With a background in classical art, he’s gone on to explore and work in a form of manga that focuses on sci-fi, adventure and martial arts. This influence is clear in his depiction of a scarlet Lexus LC coupe with a warrior figure on its roof, set against the backdrop of an exploding city skyline.

“This was the first time I’d been asked to draw a real car within a piece and make it look like part of a fictional story,” he says. “The car itself is an autonomous being, but at the same time has a symbiotic relationship with the man. That’s why there is no driver behind the wheel; the car is intelligent, self-driving and reliable.”