Unveiled at the recent Tokyo Motor Show, the LEXUS LF-30 ELECTRIFIED concept car is a bold indication of what’s to come from this luxury automotive brand

With a name that references both the 30th anniversary of the Lexus brand and the point in time to which it looks ahead, the Lexus LF-30 Electrified is a bold new vision of electrification. By 2030, we can expect more dramatic changes in automotive technology than seen in the last five decades – and the LF-30 Electrified is part of pushing the developmental envelope.

From innovations that vary power output for optimised vehicle posture, to in-wheel electric motors, the LF-30 Electrified promises a dynamic driving experience. With exhilarating style and technology to match, it features a sleek exterior with windows that stretch from front to rear, a reimagined driver’s space, and autonomous technologies such as self-parking and front-door pickup.

Here are the highlights in more detail.

The signature Lexus “spindle” spans the entire vehicle, with front-to-rear window glass and muscular fenders framing its contours. The sharpness of the rear lights and side air intakes achieves both excellent aerodynamics and cooling performance 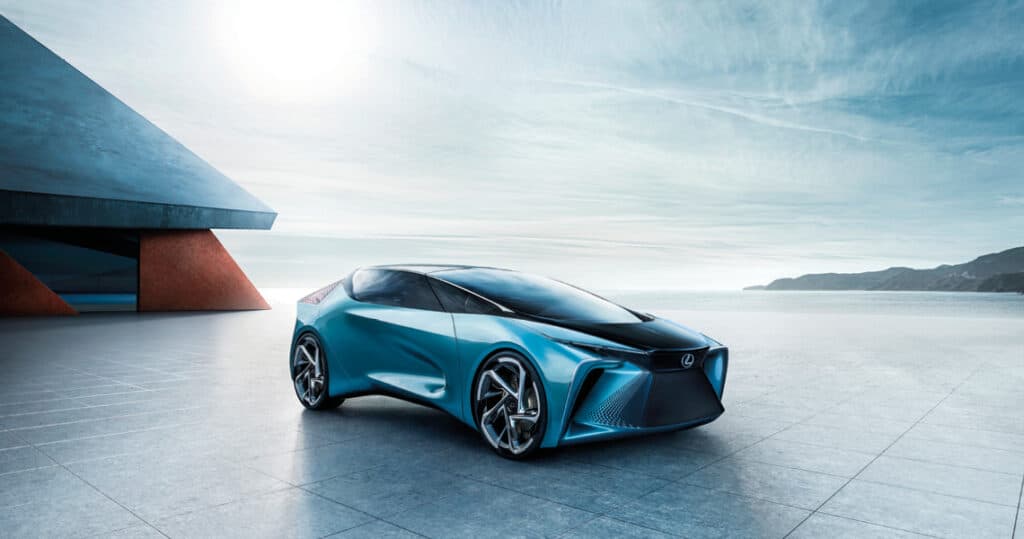 Four individual motors mounted within each wheel can each instantaneously control torque to all four corners of the vehicle. This not only means improved cornering and traction, but will also help maintain stability during braking and acceleration. With the battery positioned low down in the chassis, the LF-30 Electrified promises better handling of inertia as well as higher levels of driving performance. 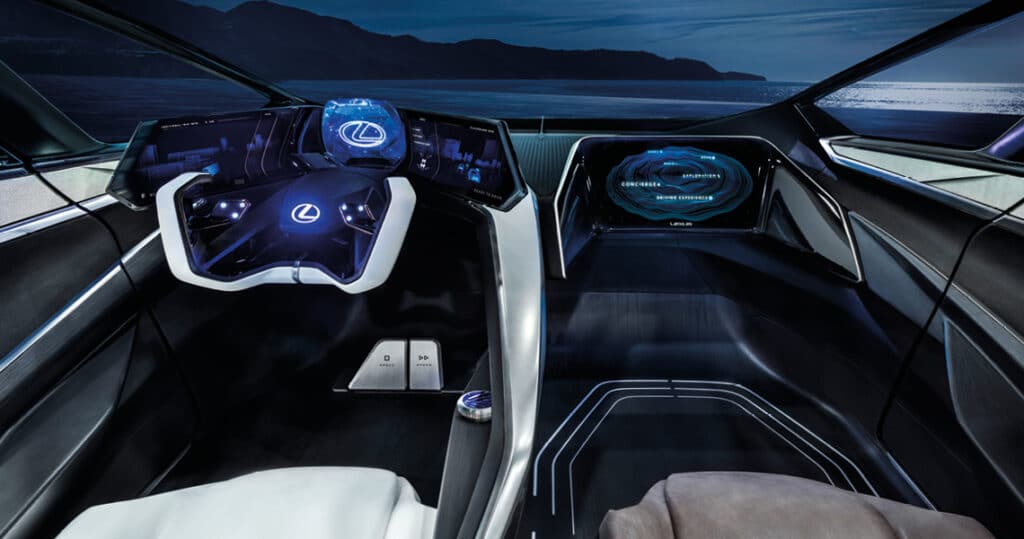 Based on the “Lexus Teammate” tech concept, the LF- 30 Electrified features Chauffeur mode for autonomous driving, and Guardian mode for when you’d like to take over the driving duties yourself. 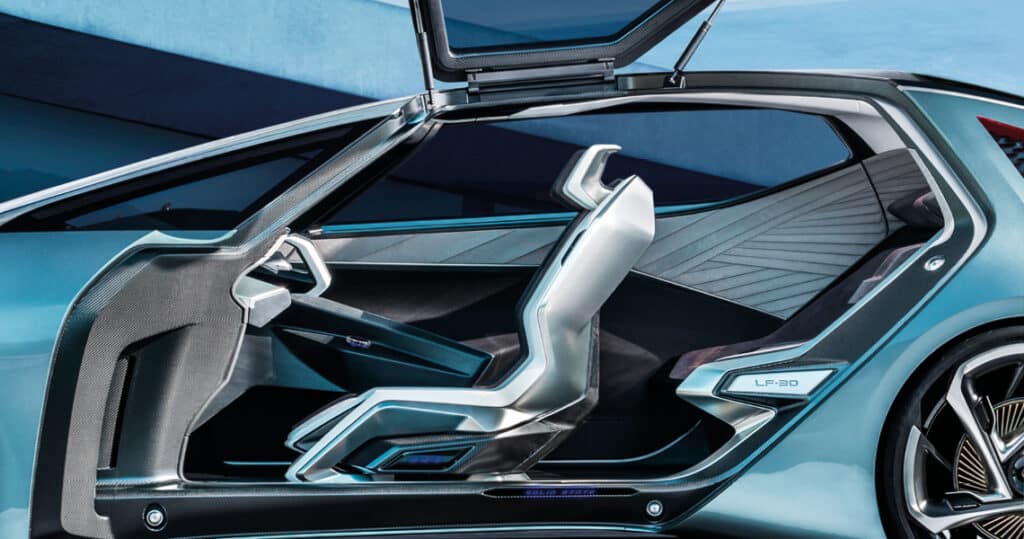 The rear seats use artificial muscle technology to mould to their occupants’ shape, and support various modes (such as reclining, relaxation and alert functions). A Mark Levinson audio system creates a next-generation listening environment: the speakers are built into the headrests to not only create an optimal audio environment, but also to provide a noise-cancelling feature that contributes to enhanced quietness. A glass roof above the rear seats features voice control and a gesture-controlled “SkyGate” display window, which uses augmented reality to display various types of information – think a realistic star-filled sky, videos and even navigation. 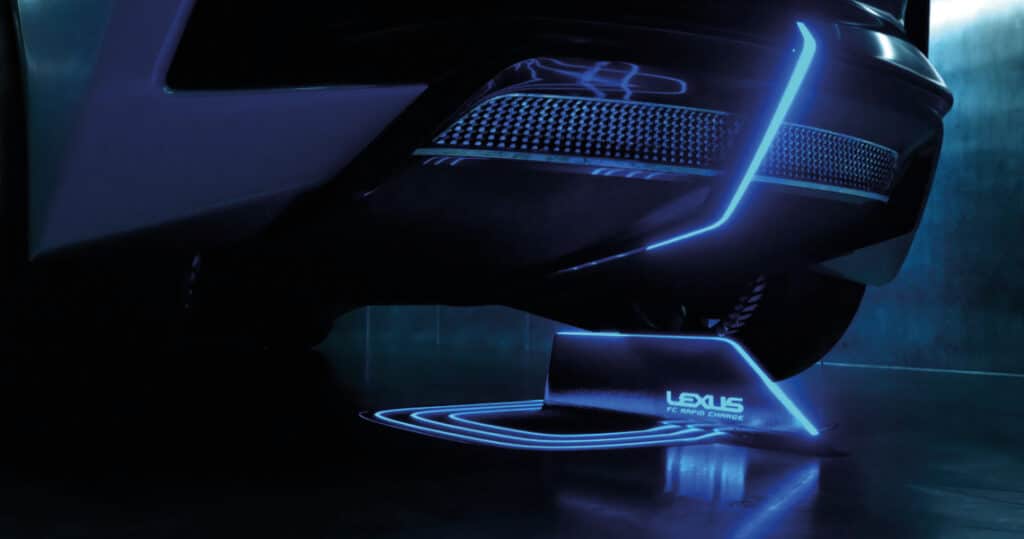 The LF-30’s cockpit represents the next evolution of the Lexus human-centred design philosophy. Embracing the concept of “Tazuna” – which is inspired by the way in which a single rein can be used to achieve mutual understanding between horse and rider – a high degree of synchronisation between the steering controller-mounted switches and head-up display in the LF-30 allows the driver to focus on driving. He or she can control various functions, including navigation, audio system and driving-mode selection, while keeping both eyes on the road ahead. 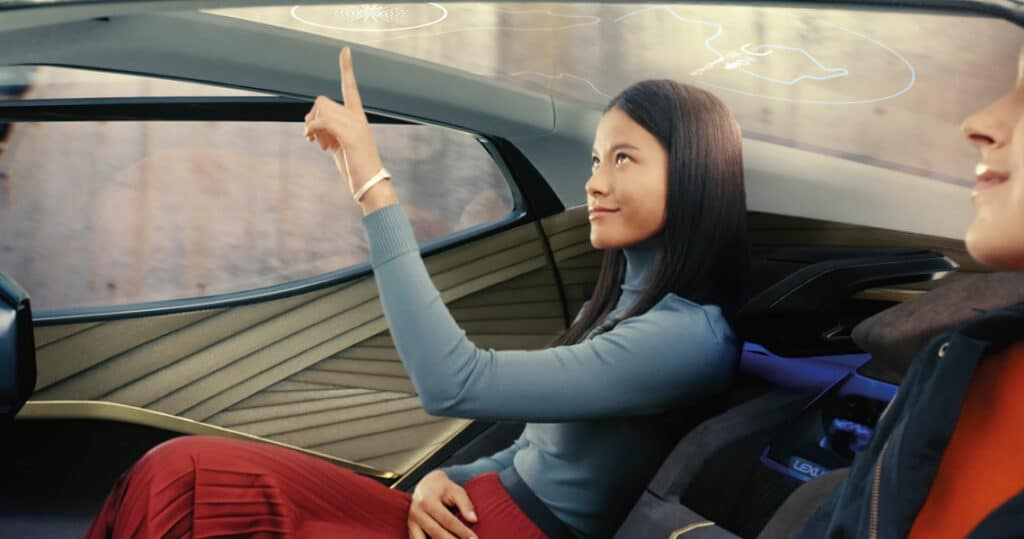 The LF-30 Electrified also carries the Lexus Airporter, a drone support vehicle. Using autonomous control, the drone can, for example, transport luggage and groceries to and from the car. 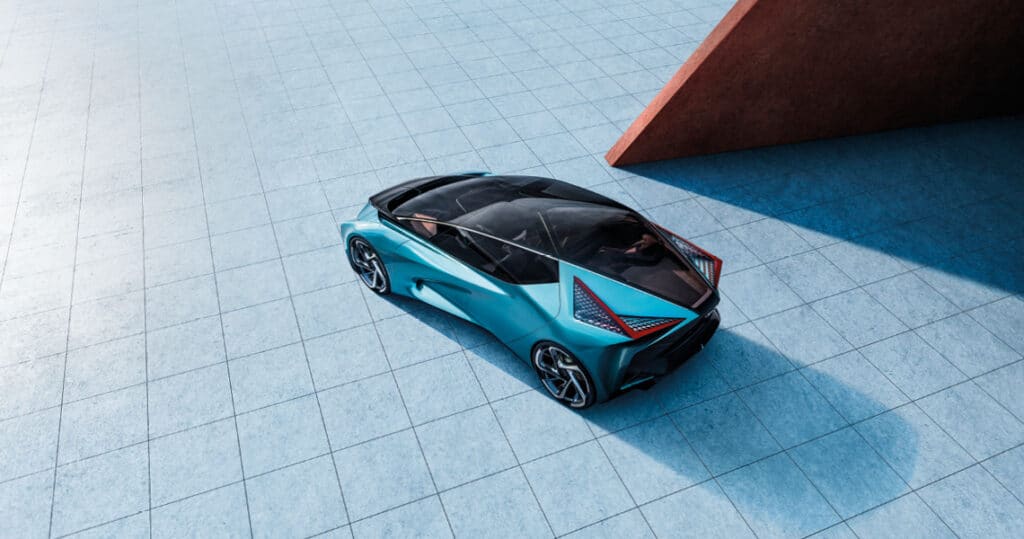 1. Sustainable traditional materials such as Yakisugi (charred cedar) have been used in the floor and steering controller, while recycled metal was processed into fibres for the door trim.

4. The glass roof above the rear seats features a gesture-controlled “SkyGate” window that uses augmented reality to display information.

5. The opacity of the side windows can be adjusted, providing occupants with scenic views and privacy at night.