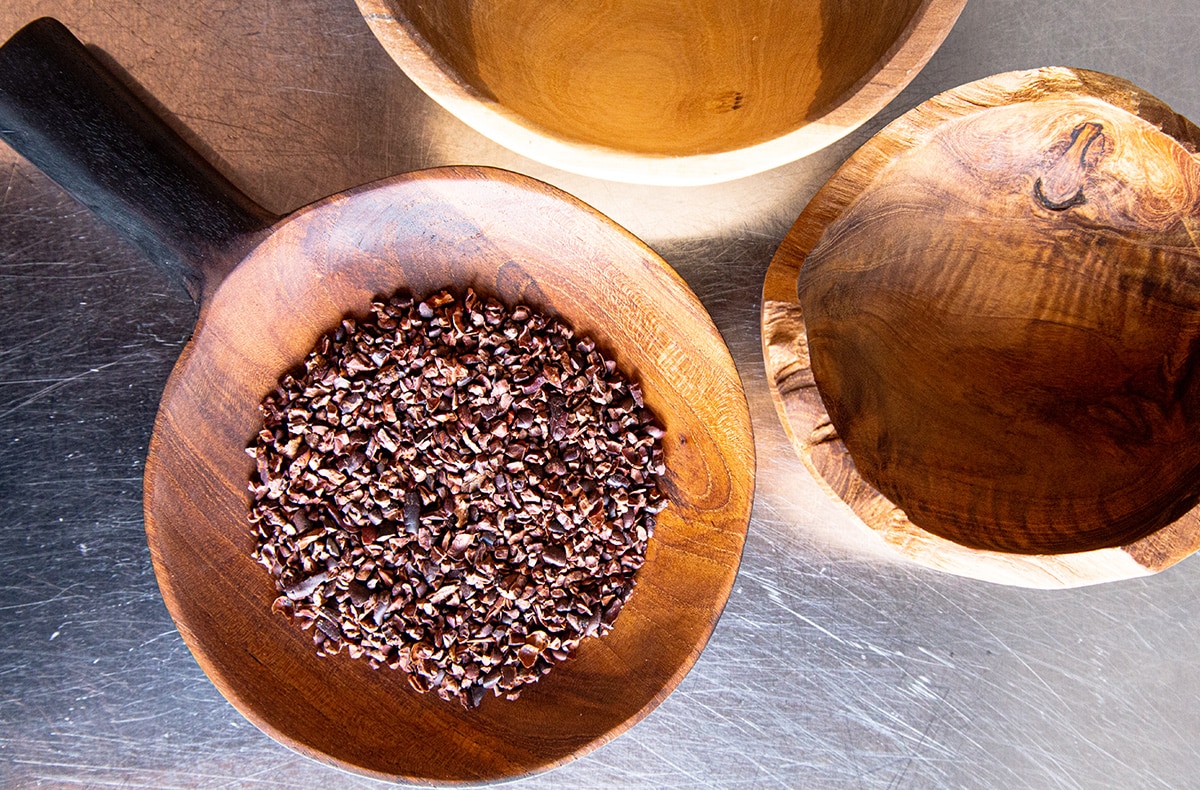 These pioneering chefs are giving us a taste of their heritage through a fresh and contemporary spin on the ingredients, flavours and cooking styles they grew up with.

Chef Fatmata Binta recognises food’s vital role in bringing people together on a profound level. She was recently awarded the 2022 Basque Culinary World Prize for her Dine on a Mat experience. “Dine on a Mat is something I started four or five years ago,” Binta explains. “If you look at the world now, it’s moving so fast. I wanted to create something that reflects on how we are eating, not just for sustenance but also enjoying the meal. It should be something you make time for. You connect with other people.”

Born in Freetown, Sierra Leone, Binta is now based in Accra, Ghana, where she draws inspiration from the Fulani people, a nomadic ethnic group prevalent throughout West Africa. Binta’s food is inspired by the age-old Fulani practices of seasonal, zero-waste eating and sustainable sourcing of ingredients. “Seasonal eating is very important. Nature has done it all for us; we just need to tap into that,” says Binta.

She draws on Fulani ingredients, dishes and cooking methods as part of her Dine on a Mat experience to create awareness of the versatility and ingenuity of their culinary culture. Fonio, for example, is an ancient, gluten-free grain indigenous to West Africa that Binta says carries a special significance in her dishes. “A big part of my menu is Fonio. It’s actually the only starch I use for now because it’s sustainable. With what is happening in the world, I think it’s a big lesson that we should be nationally sustainable going forward.”

If you have a sweet tooth, Binta has you covered. “My signature dish is a dessert. In African cuisine, we are not big on desserts. I call the dish My Africa, which is a dish made of superfoods, like moringa and baobab, which is very high in Vitamin C, and cassava flakes and I always plate it with ice-cream… maybe millet ice cream.”

“I think it’s the simplicity; I like that the flavours are simple, so what you’re trying to cook shines on its own.”

Mmabatho Molefe is the culinary brains behind the successful Emazulwini Restaurant at Cape Town’s V&A Waterfront. A passion for food and cooking has burned inside her since she was young. A perfectionist by nature, Molefe takes joy from experimenting in the kitchen to come up with new and exciting flavour combinations that elevate her simple ingredients to a new level.

“Sometimes you can get lost on cooking smart and complicated food, but I do prefer my food to be simple. One of my favourite dishes that we had at the restaurant was beef heart with pap and cabbage. That’s how I want my food to be: flavoursome and uncomplicated.”

Molefe’s style of cooking carries a deep respect for the Nguni culinary traditions that have surrounded her since childhood. “I think it’s the simplicity; I like that the flavours are simple, so what you’re trying to cook shines on its own.”

Her winter menu at Emazulwini is a homage to the spices that characterise the cuisine of KwaZulu-Natal, her home. “I wanted to bring in a few dishes that I enjoy for our winter menu. We had a few fan favourites from our previous winter menu that people had asked us to bring back.” A lamb stew with samp and beans is a crowd pleaser, while her ox liver with lentil chakalaka was reinvigorated for her 2022 winter menu. “We also wanted to reintroduce a few of the old dishes, but with a new take so that people don’t feel like they’re eating the same food.” Her favourite ingredients at the moment? “Onions, tomatoes, celery and leeks. Things that are simple, yet impart a lot of flavour,” she says.

Putting a twist on traditional favourites

Celebrity chef Zola Nene is no stranger to South African and international audiences. She has a long list of accolades to her name, including having her cookbook Simply Zola awarded the World’s Best English Cookbook by a Celebrity Chef at the 2019 World Gourmand Cookbook Awards, and working with British superstar chef Gordon Ramsay.

While food and cooking always held a deep allure for Nene, she initially pursued a career in law before heading off to London to work in kitchens. “In my second year of law, I realised that this isn’t what I’m passionate about. My dad told me not to waste any more time and to come home and discuss what makes me happy.”

The women in her life were the driving forces behind her love for food. “My mom is a very good cook. And before she passed on, my mom’s mom managed to teach me to make steamed mielie bread. I always knew that food is the best part of family gatherings. Food was always where the laughter was.”

Nene’s food is about vibrancy, colour, flavour and comfort. She’s a master of food media content, which is what she specialised in, but putting a twist on traditional favourites that we’d all recognise from our childhoods also excites her.

“I love pumpkin pap. In Zulu culture, it’s traditionally eaten as a breakfast food. It’s a very old dish,” says Nene. “I love to eat it as an accompaniment to stew. I add lots of butter and sometimes cheese. It’s adding versatility to something that’s well known and getting people to talk about it.”

If you need more of Nene’s tasty inspiration in your kitchen, subscribe to her YouTube channel Zola’s Feasts by Zola Nene. You can also buy her cookbooks and delicious spice combinations online. 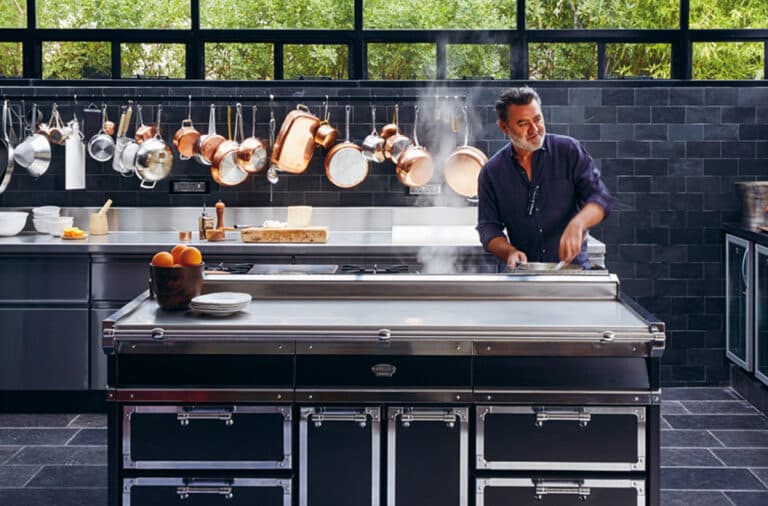 We take a peek into the home kitchens of some of our country's top chefs. 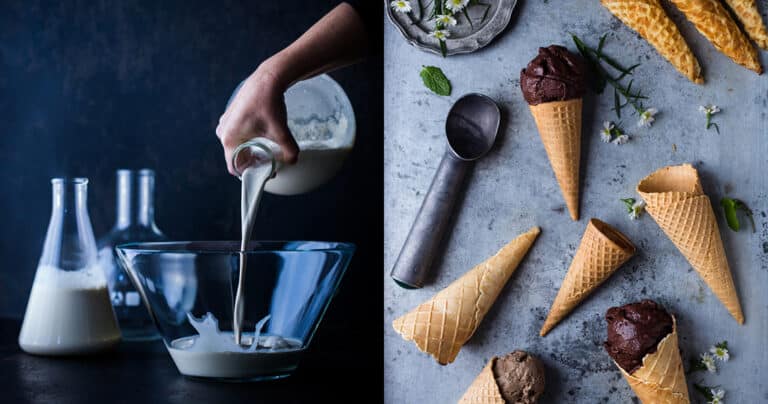