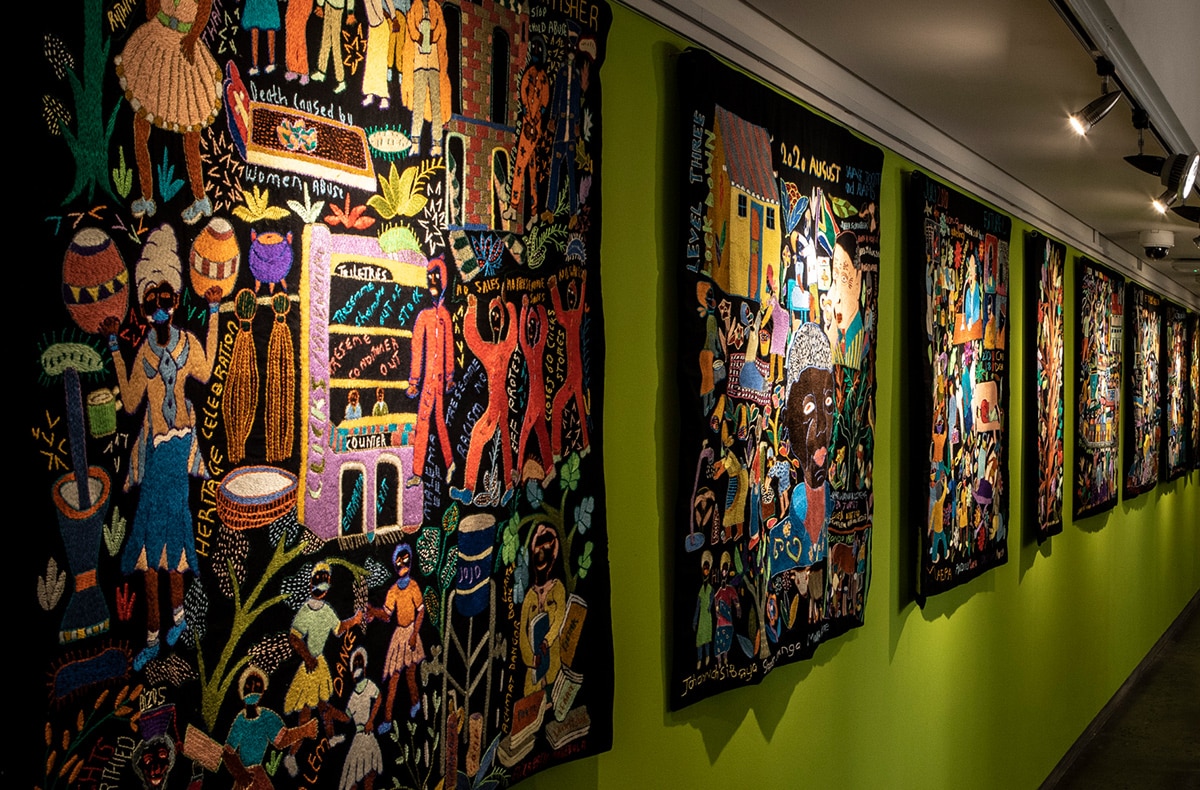 To commemorate the Wits centennial this year and its own 10th birthday, the Wits Art Museum has planned two exhibitions that spotlight the diversity and range of their art and object collections.

This year, Wits turns 100 while at the same time the Wits Art Museum, known colloquially as WAM, turns 10. To mark these momentous occasions and celebrate the richness and diversity of their Africa art archives, WAM’s team of curators have assembled two exhibitions that are guaranteed to blow your socks off.

It’s so lovely to be able to go out sans masks once again to enjoy exhibitions in person, but if you’re still limiting your exposure to the outside world, these are two shows that you’ll definitely want to venture out for.

Curators of large museum collections all battle with the same question: What do you choose to exhibit, and why? Often, vast archives of objects, artworks and other evocative pieces of material culture spend years locked away in storerooms because there’s simply not enough space to show them all to the public. The constant challenge for curators and collection managers is to ensure that the potential of these vibrant objects to evoke important dialogue through the format of exhibitions is fully realised.

WAM’s TENX10 exhibition, consisting of artworks by women and gender-diverse artists, aims to do just this. The artworks on show plunge the depths of the museum’s collections, assembled over the past 100 years of Wits’ history from 1920 until today, and are in part an answer to what the museum’s curators saw as an unequal representation of exhibitions of work by female and gender-diverse artists since WAM’s establishment in 2012.

“Every year we try to do at least one show that focuses on the university’s holdings. TENX10 is the 2022 collections show,” Julia Charlton, Senior Curator at the WAM, tells me as she speaks to the genesis of the exhibition. “This seemed like a great opportunity to focus on women and gender-diverse artists.”

Charlton, Fiona Rankin-Smith and the team of curators at WAM have also cleverly played on the numbers being celebrated by the university and the museum in 2022: 100 and 10. The show is entirely composed of one work (or in the case of Bongi Dlhomo-Mautloa, seven linocuts making up her Removal series) from 100 different artists, and 10 themes have been used to organise the art on display.

Rankin-Smith, WAM’s Special Projects curator and the project leader of the exhibition, also wanted to build a show that allowed for public interaction and personal interpretation across the 10 different themes of Place, Identity, Transition, History and others. “One has to work within the confines of the space, and that’s where I started. We decided to work with more poetic themes that could be interpreted in multiple different ways. The themes are mixed up through the exhibition. Works also aren’t fixed to only one theme; one work can speak to five themes.”

Coloured labels throughout the show guide visitors in terms of artworks and the themes they address. Pushed to choose a favourite, Rankin-Smith says that the works most visitors comment on are a series of 10 tapestries sewn by the Mapula Embroidery Trust, a collective of women from the Hammanskraal and Winterveld areas.

These striking tapestries are exhibited in the lower part of the museum under lighting that accentuates the multitudes of jewel-toned threads against a black backdrop that have been used by these artisans to tell the story of the first year of the Covid-19 pandemic through the eyes of the women living in these socially and economically unequal areas of South Africa. They are a must-see. Plan your visit soon, as the TENX10 exhibition will only run until the end of July.

William Kentridge, the ultimate polymath, is a firm favourite with both local and international art audiences. He’s played a massive role in supporting WAM, and consequently the museum’s collection of his works is vast, spanning printing, etching and drawing.

Charlton and Rankin-Smith wanted to harness the opportunity presented by Wits turning 100 to showcase the range of the museum’s collection of his art, with generous loans of works by private owners filling in any chronological gaps in their archive.

“Historically, he’s played a big role in the creation of WAM, but also over the 40 years of his career, he’s been very generous. So, along the way we’ve assembled a collection that is relatively representative of those four decades. It’s a pretty good spread.” says Charlton.

The crowning glory of the show has to be the specially edited segment of Kentridge’s latest film work titled Oh To Believe in Another World, created to be played in conjunction with Shostakovich’s famous 10th Symphony. Just in front of the viewing booth, where visitors can enjoy the abbreviated segment of the longer film commissioned by the Lucerne Symphony Orchestra, are parts of the original three-dimensional sets upon which Kentridge’s film characters act out their portrayal and interpretation of Soviet history in a mini-museum. If this peek behind the curtain doesn’t satisfy your curiosity, tickets to the full film and performance at the Linder auditorium on the 27th and 28th of July are available now via Webtickets, but don’t expect them to last long.

Pop upstairs to the Jack Ginsberg Centre for Book Arts where the team at the Centre has assembled a collection of titles on and by William Kentridge that includes every single book ever produced that focuses on the life and work of this prolific artist. Titled WJK: In black and white. And read all over, the exhibition gives you the opportunity to witness the masterful way that Kentridge blurs the boundary between artwork and book. You’ll also find monographs on the artist that span his career from the early 1980s until now, some of which speak directly to the works exhibited in the exhibition downstairs.

WAM is open from Tues through to Sat each week, from 10am to 4pm. 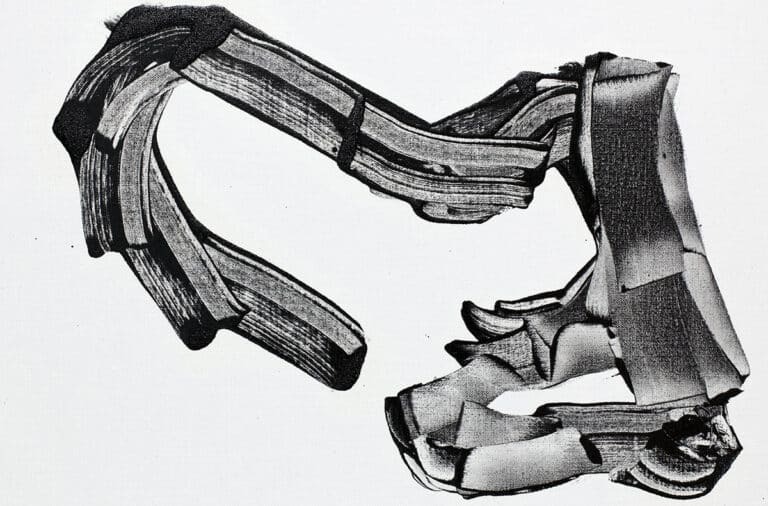 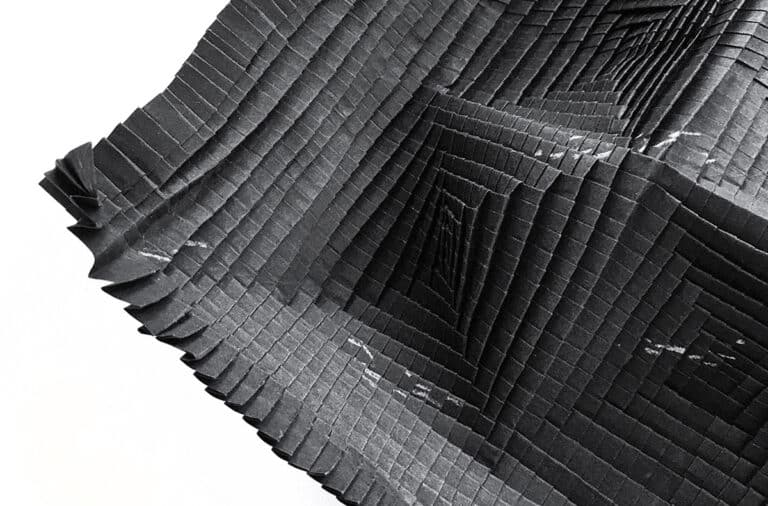 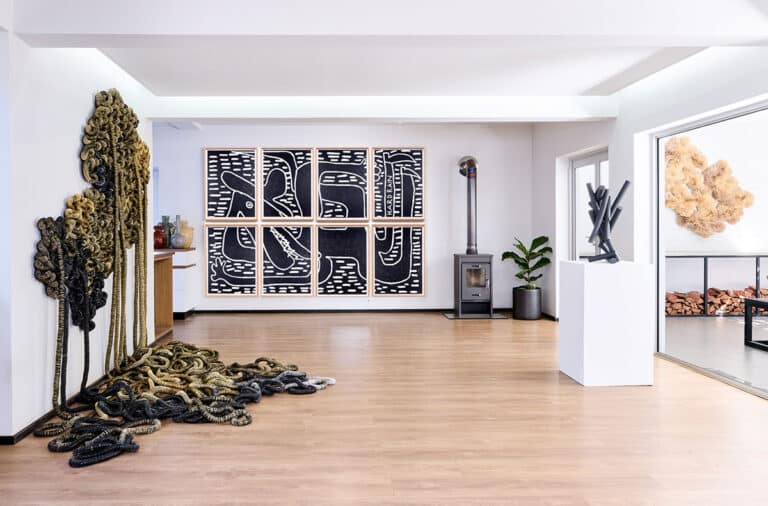